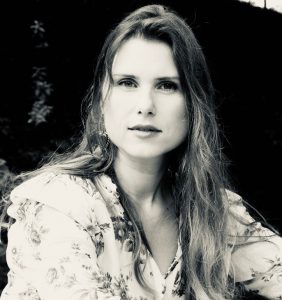 Gabriela has been teaching vocals since 2002, with a wealth of experience as a live performer, she has worked with some of the worlds best musicians. Gabriela teaches all contemporary genres including, Rock, Pop, Jazz, Latin and many more.

Appearing on stages across Europe and Brazil, she’s led many Jazz, Latin and Brazilian music projects, among them her own entitled, “Uma Gringa Canta Guinga”. Performed at Jazz festivals such as the North Sea Jazz Festival (Holland), Flipside (UK) and Paradise Jazz Festival (Cyprus) to mention only a few.

In August 2018, she recorded her first album, Noites Brasileiras, with some of the most prominent Brazilian composers, musicians and arrangers of the old and new generation, such as: Guinga, João Camarero, Luis Barcelos, Eduardo Neves and many more. The album received a fabulous review by Mônica Salmaso,”probably the best off-the-radar singer in Brazil,” as well as in the main Brazilian media broadcaster, Globo 1. In November 2019, she will appear at the London Jazz Festival as part of the guitarist’s Luiz Morais group Brilliant Brazil.

Gabriela has been teaching vocals since 2002 and is passionate about music.

Bachelor of Music – Royal Conservatoire of The Hague